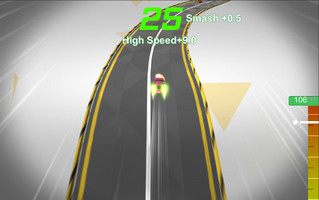 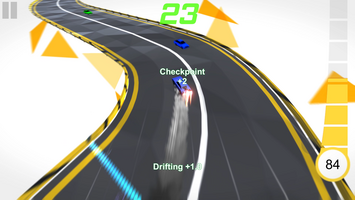 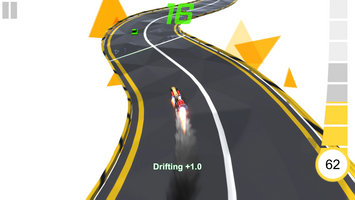 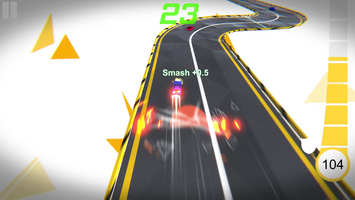 I'll be honest, I thought porting a game to Android was as simple as adding touch controls. I was wrong. I gave the game to one of my flatmates to test and my heart sank watching him crash into every wall (and this was an avid racing game player). It was difficult to control on PC. When brought to mobile it became unplayable.

The first problem was controls. I tweaked the way cars drift so that they would only slide when the player brakes which prevents the cars from sliding unintentionally. I also made the road slightly wider so that there is more room to maneuver. After getting feedback I added a turning sensitivity option. Getting feedback was really important. After playtesting myself so much I have mastered my own game, so I needed to get perspective from new players.

The second problem was performance; the game needs to run at 60fps to be enjoyable. I had to remove all the bells and whistles from the low setting to get in running smoothly on low end devices and then brought back just a few effects to keep the visual style. The resolution scaling option was added long before the port but It was always with the intent of improving performance on mobile. It was immensely helpful, If you ask me it's an option that should be in almost every game.

There was also a lot of hassle getting the UI to work. Not only do you have to deal with different resolutions but different screen rotations as well. I almost gave up on protrait mode and forced landscape. I'm glad I didn't as that ended up being the most fun way to play the game!

Of course this isn't just an Android port. It's version 1.0! The goal system has been improved greatly. Goals now fill up as you make progress and a banner is shown when a new vehicle is unlocked. Lot of improvements have been made to the UI as well. All the performance and gameplay improvements for mobile have been brought back to the web version. I never anticipated how much work it would take to go from a prototype to a finished game across two platforms. Thanks to everyone who game feedback. Of course any more feedback is still appreciated, I'll be keeping an eye on the game and bringing updates if any changes are needed. Thanks everyone :)